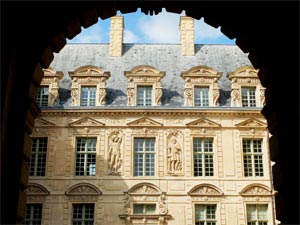 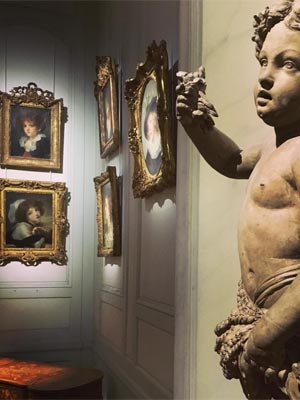 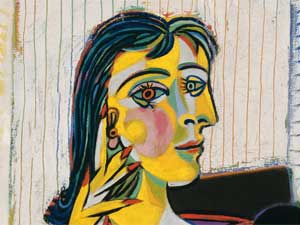 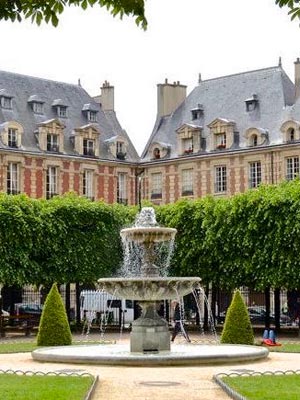 Near Place des Vosges, close to Notre Dame and the river Seine
An outstanding location in Paris historical center

Literaly translated, “le marais” means “the swamp”, a strange name for one of the oldest and most historic quarters of Paris, previously home to the French nobility.
After the royals moved up the river to the new Palais du Louvre and Versailles, the Marais turned slowly into a slum. While other parts of Paris were razed in the 19th century, Le Marais was allowed to stay. In the 1980’s, put off by the prices and the establishment attitude of the Left Bank, artists, film makers, fashion designers, boutique owners started to move into the Marais. Within a few years they had made it Paris’s answer to Geenwich Village. 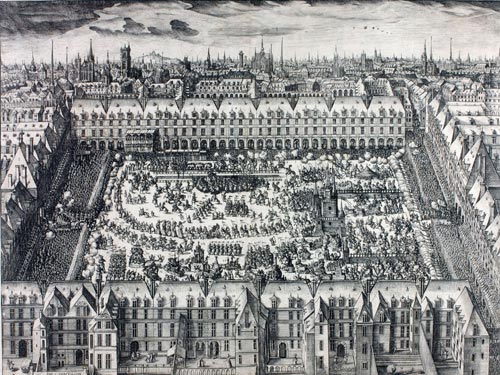 Place des Vosges, originally known as the Place Royale with its harmonious red-brick and stone arcaded façades was a fashionable and expensive square to live in during the 17th and 18th centuries, and one of the central reasons Le Marais became so fashionable for the Parisian nobility. Commissioned in 1605 by Henri IV inaugurated in 1612 with a grand carrousel to celebrate the engagement of Louis XIII and Anne of Austria, is Paris's first planned square and the prototype of all the residential squares of European cities that were to come. Madame de Sévigné was born there. Later on, Victor Hugo lived in Place des Vosges, his house is now a museum devoted to his memory, managed by the City of Paris. 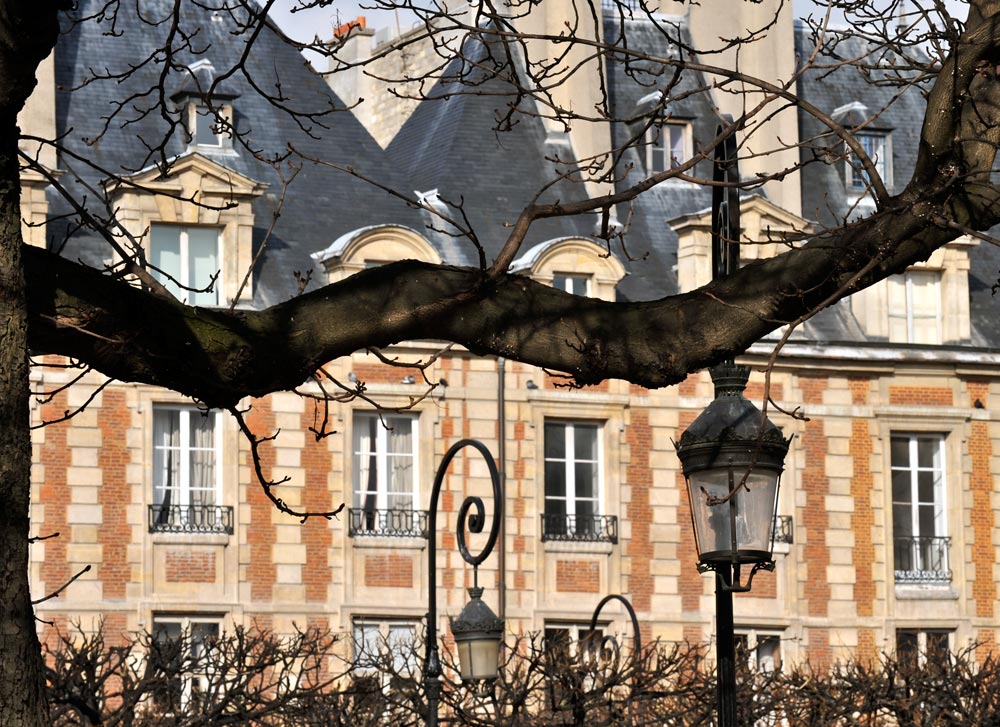 Today, The Marais is one of the most important cultural area of Paris. It’s sumptuous hôtels particuliers,yesterday belonging to the nobilty, have been turned into renowned museums. Hôtel Salé is housing the Musée Picasso and the private collection of the Picasso family, Hôtel Carnavalet, former house of the Marquise de Sévigné, has become the Musée Carnavalet devoted to Paris’history. Last and outstanding renovations are: Hôtel de Rohan-Soubise, an 18th century palace, belonging to the National Archives, Hôtel Guenegaud and Hôtel de Saint Aignan, respectively Musée de la Chasse (hunting museum) and Musée d’Art et d’Histoire du Judaïsme (Jewish Museum). 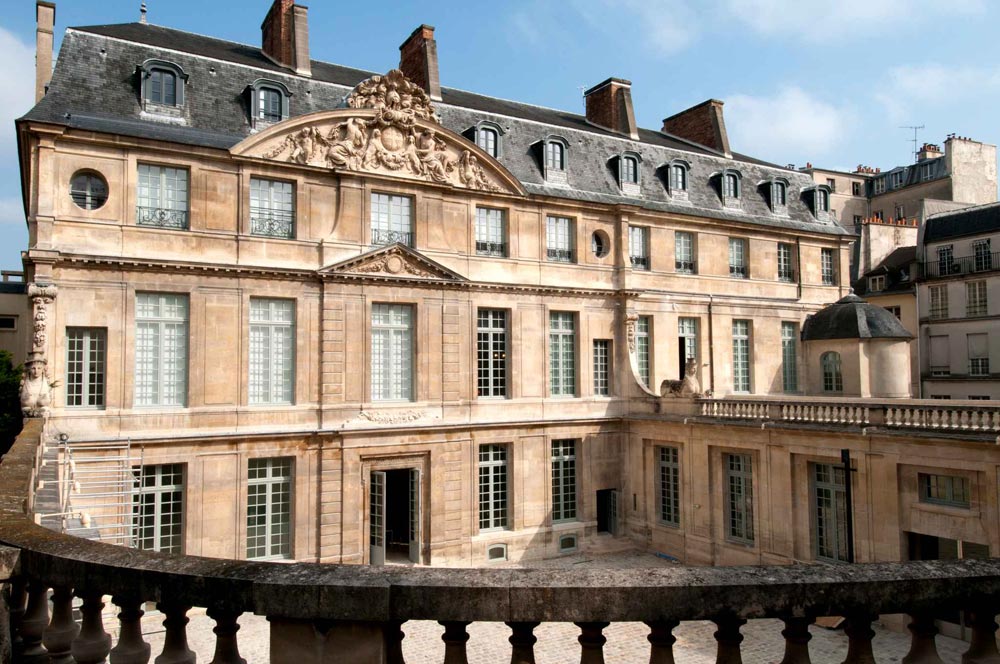 Following its rehabilitation, the Marais has become a fashionable district and one of the most favourite neighbourhoods of Paris, with its lively streets, stylish boutiques, bars and restaurants including Mariage Frères, the extraordinary colonial-era tea emporium and dining room. Le Marais is the gathering quarter for an eclectic, fashionable and slightly bohemian crowd with plenty of gay-owned bars, shops and clubs. It’s the only area in Paris you can shop on a Sunday and where people are out on the streets at all hours. The Marais has also long been the focus of the Jewish community: ramble along rue des Rosiers and rue des Ecouffes and the air fills with the scent of falafels and sizzling shawarmas, sold in their hundreds from stalwarts Chez Hanna and L’As du Fallafel. The trendy design and fashion-designer boutiques (L’Eclaireur, Vanessa Bruno, Isabel Marant), the most important international contemporary art galleries (Thaddheus Ropac, Emmanuel Perrotin, Marian Goodman) have given the Marais its avant-garde reputation. Today the Haute couture (Chanel, Karl Lagerfeld, John Galliano) is opening in Marais their new addresses. The Marais is the place to be.

NOTRE DAME and the RIVER SEINE

Simply walk out of the door of the hotel, you are at the River Seine, 2 steps from Notre-Dame and Sainte Chapelle. (à la ligne)
A must: enjoy the most beautiful views of Paris by just walking along the banks of the River Seine. At night, let yourself be carried away by the magic of the City of Lights, with its bridges lit up, Notre Dame illuminated and the Eiffel Tower twinkling away in the distance. 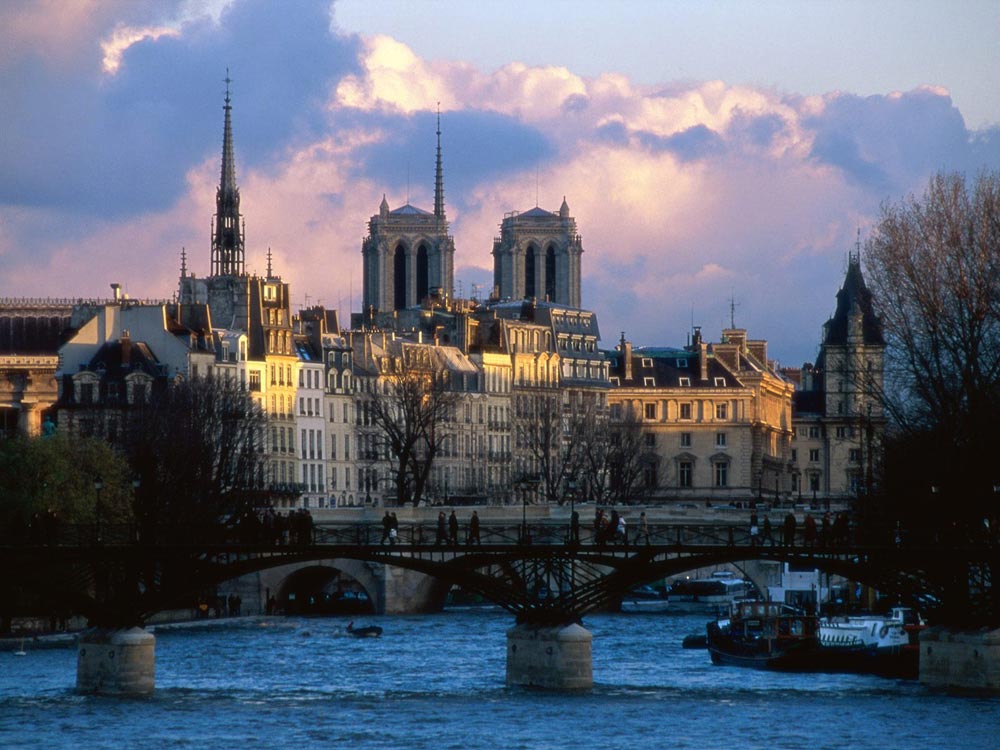 Notre Dame and the river at night

Crossing the river, you reach the Latin Quarter in 10 minutes, Saint-Germain-des-Prés in 15. Ideal to discover and hang out in Paris. Within easy reach of the Louvre and other major attractions like Pompidou Center, the location of the hotel, near rue de Rivoli, could not be more central.

Those looking for an elegant, romantic and affordable hotel
right in the middle of the lively, fun, hip and historical Marais district.